A quiet revolution: from case study to person with real life expertise

‘We need a real person.’ The daily cry of newsroom editors. You name it: adoption, prisons, A + E waiting times, skateboarding dog. Whatever the story, like it or not, journalism has always relied on case studies. ‘News is people’, we learnt at journalism college. The journalese term ‘case study’ for a real person in a story sums up the distancing and objectification of news – such as the mum whose child has been taken away for adoption, the teenager whose dad is in prison or the grandparent lying on a trolley in a hospital corridor.

When I reported on different outlets across the BBC, I often felt uncomfortable asking people to bear their soul to millions. I hoped I did it humanely and decently (with a spot of humour). I was satisfying a top-down agenda. Was I guilty of objectifying my interviewee? Of colluding with exploitation? – as the camera shoots from on high downwards onto the ‘victim’ it reinforces their status. Or when the radio mic picks up on the snuffling sob– in case the audience needs reminding it’s a traumatic subject.

Since those times, a quiet revolution has been taking place. It‘s wrong to say the days of ‘case studies’ are over. Rather, a more respectful and equal approach is emerging. Experts in real life have quietly asserted themselves, telling their story, their way. Think collaboration rather than victimisation. It’s a subtle but empowering shift to change the public conversation on pressing issues like poverty, crime, mental health, homelessness, addiction – the list goes on.

Cue Simeon Moore (who I met through Sounddelivery – more in a moment). 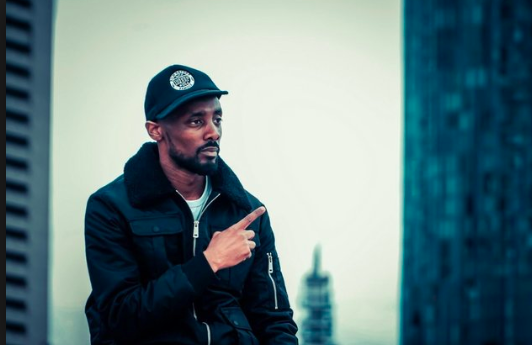 In 2016 Simeon left prison for the last time. After years behind bars for violent crimes associated with gangs and drugs, Simeon has become a community activist, rapper and public speaker, helping steer young people in Birmingham away from the trap he fell into. Simeon first featured in the Channel 4 documentary One Mile Away – about rival gangs in Birmingham. The impact was immediate, says Simeon (aka Zimbo). Violent crime in Birmingham in that period halved. For 18 months, he says there were no firearms incidents in the area. And life for Simeon and his role in the media have also transformed since that TV film. Last Summer, he co-produced and presented BBC Radio 4 documentary, Spitting Blades. Simeon is a regular commentator on prison issues and rehabilitation (recent appearances on BBC Radio 5 Live).

‘I’m most proud of the radio documentary, working with a producer. I was already on the right track but media pushed me in the right direction, no question. I’ve got all the info and insights for documentaries. To be honest, even though I find my [news] interviews a bit cringey, anything that allows me to talk, I like that. It’s good, man. ’

I’ve never been sure about the term ‘lived experience’ – preferring to say people with first- hand experience or with personal insight. That feels nit-picking. Afterall, it’s a buzz word which conveys a positive spirit which has morphed into an established movement.

Back to Simeon. His most recent media project is a single and video shot in a prison, with the aim of de-glamourising jail. For Simeon, who has his own channel Dats TV, having a public platform has made all the difference.

‘My next goal is a commission in my own right. We want to create our own narrative, tell our own story, in its rawest way. That would be success.’

Thankfully, the imbalance, which as I say used to leave me feeling uneasy, is being redressed. Editors no longer hold all the cards. Gradually Simeon and other influencers with personal expertise are setting the agenda. The era of the authentic voice is well and truly established…think poet Lemn Sissay MBE -who was himself adopted and has made programmes on the subject.

But let’s not pretend, getting involved with the media is rarely plain-sailing. The media – not known for its diversity – has pitfalls. Even with the democratisation of Twitter, Facebook, Instagram, it’s hard to break through the mainstream media fortress – to turn a blog into an interview or documentary. And then if you breakthrough, it’s even harder to avoid being misquoted, stereotyped, labelled or typecast. Simeon Moore for instance has become resigned to the label of ex-gang member, aware the recorded news always takes ‘tiny clips.’

And charities and funders too recognise their part to play in the changing climate- tailoring support and training to promote collaboration rather than exploitation. Emerging leadership programmes have taken on a life of their own. Personally, I’m delighted that the storytelling media house, Sounddelivery, run by the passionate and tireless Jude Habib is setting up a bespoke support network (crowdfunder open until end of May – shameless plug!). Building on the immense talent uncovered at two annual events, the Being the Story Network will provide media opportunities, training and mentoring for people with first-hand experience to become media savvy and take on leadership roles. Success will be the tone and nuance of interviews on Channel 4, BBC Radio 4, 5 Live, Buzzfeed, not just sheer volume….Success will be the programmes they front: presenters and reporters. Or it will be the MPs’ Committees they participate in and the policies they shape.

In short, creating change through telling their own story in their own words. Offering solutions – within the context of their lives. Constructive, solution -focused journalism is becoming a thing too. 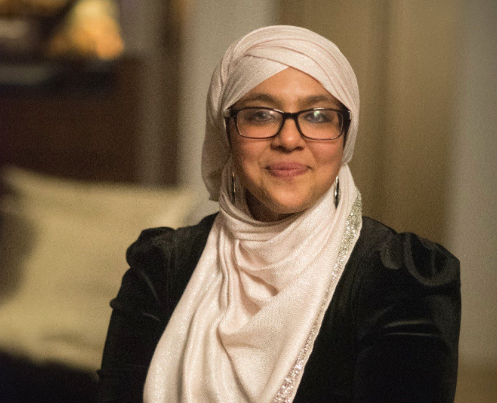 If Being the Story/Sounddelivery alumni is anything to go by, you see why solutions must come from those with direct experience of a social issue. Onjali Rauf –whose aunt was killed in a terrible attack and became a women’s rights activist, has won both the prestigious Waterstone’s 2019 children’s book award (‘The boy at the back of the class’ about a Syrian refugee in primary school) and the BBC BluePeter award, Darren Murinas (@darrenmurinas) has become an influential leader on homelessness, addiction, mental health, offending, appeared on BBC Radio 4 and MPs’ Committees – he wrote his first blog in 2014, Amanda who used to be a streetworker in Hull arguing the case for better policies on street prostitution– all have a their part to play. Their voices should be heard. And others like them – with respect on a level playing field.

Having been on both sides of the media fence, my sense is that ‘case studies’- and much of what the term brings with it, will never truly be consigned to the past. Much more encouraging though is the quiet revolution of real-life experts, empowered to have a public voice, on their terms. Who’s the next Lemn Sissay? Or the next Simeon?

You can find out more about the Spokesperson Network and donate here.

This site uses cookies. If you are OK with that, then please click 'Yes that's fine': Our policies
Go to Top